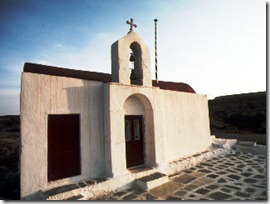 (WebMD) — When Aretha Franklin crooned the words "I say a little prayer for you" in the hit 1960s song she probably didn’t imagine that the soulful pledge would become the stuff of serious science. But increasingly, scientists are studying the power of prayer, and in particular its role in healing people who are sick.

Most research in the field looks at how people who are sick are affected by their own spiritual beliefs and practices. In general, these studies have suggested that people who are religious seem to heal faster or cope with illness more effectively than do the nondevout.

But a few scientists have taken a further step: They’re trying to find out if you can help strangers by praying for them without their knowledge.

A recent, controversial study of cardiac patients conducted at St. Luke’s Hospital in Kansas City, Missouri, concludes that this type of prayer — known as intercessory prayer — may indeed make a difference. "Prayer may be an effective adjunct to standard medical care," says cardiac researcher William Harris, Ph.D., who headed the St. Luke’s study. The study was published in the October 25, 1999 issue of the Archives of Internal Medicine.

Harris and team examined the health outcomes of nearly 1,000 newly admitted heart patients at St. Luke’s. The patients, who all had serious cardiac conditions, were randomly assigned to two groups. Half received daily prayer for four weeks from five volunteers who believed in God and in the healing power of prayer. The other half received no prayer in conjunction with the study.

The volunteers were all Christians. The participants were not told they were in a study. The people praying were given only the first names of their patients and never visited the hospital. They were instructed to pray for the patients daily "for a speedy recovery with no complications."

Harris originally embarked on his study to see if he could replicate a similar 1988 study of intercessory prayer conducted at San Francisco General Hospital. That study — one of the only published studies of its kind — also found that prayer benefited patients, but by a different measure: The patients were able to go home from the hospital sooner. In Harris’ study, the length of the hospital stay and the time spent in the cardiac unit were no different for the two groups.

Still, Harris says, his study bolsters the evidence that prayer works. "To me it almost argues for another intelligence, to have to redirect this very vague information."

At the very least, he says, his results validate the need for more research. "It strengthens the field. The more studies done in independent, different places, the closer you are to the truth," he says.

Intercessory prayer has been the subject of scientific study since at least the nineteenth century, when an English scientist, assuming that kings were prayed for more often than others, sought to find out whether those prayers were answered. He concluded that they were not, but that prayer might be a comfort to the people praying anyway.

After talking with physicians who wondered about the power of prayer to heal patients, Brandeis sociologist Wendy Cadge, an expert on the intersection of religion and medicine in contemporary American society, set out to research medical studies of intercessory prayer going back to 1965, the first year such studies were published in the English language medical literature.

"This analysis in the Journal of Religion is the first to trace the social history of intercessory prayer studies and to situate them in their medical and religious contexts," said Cadge, who this year is the Suzanne Young Murray Fellow at the Radcliffe Institute for Advanced Study at Harvard University. While there she is working on her forthcoming book, Paging God: Religion in the Halls of Medicine.

Cadge evaluated eighteen published studies on intercessory prayer that were conducted between 1965 and 2006. Collectively, the studies provide a fascinating snapshot of changing American religious demographics, evolving ideas about the relationship between religion and medical science, and the development of the clinical trial as the gold standard of biomedical research, said Cadge.

"I do not know why physicians and scientists conducted these studies," said Cadge, "but personal religious beliefs appear to have played a role, along with curiosity."

The earliest studies undertaken in the sixties were based exclusively on Protestant prayers, while more recent studies, reflecting growing social awareness of other religions, combine Christian, Jewish, Buddhist and other prayers, Cadge discovered. Some studies suggested that prayer worked, while others said it didn’t.

Power Of Prayer – How powerful is it?
The power of prayer should not be underestimated. James 5:16-18 declares, "…The prayer of a righteous man is powerful and effective. Elijah was a man just like us. He prayed earnestly that it would not rain, and it did not rain on the land for three and a half years. Again he prayed, and the heavens gave rain, and the earth produced its crops." God most definitely listens to prayers, answers prayers, and moves in response to prayers.
Jesus taught, "…I tell you the truth, if you have faith as small as a mustard seed, you can say to this mountain, ‘Move from here to there’ and it will move. Nothing will be impossible for you" (Matthew 17:20). 2 Corinthians 10:4-5 tells us, "The weapons we fight with are not the weapons of the world. On the contrary, they have divine power to demolish strongholds. We demolish arguments and every pretension that sets itself up against the knowledge of God, and we take captive every thought to make it obedient to Christ." The Bible urges us, "And pray in the Spirit on all occasions with all kinds of prayers and requests. With this in mind, be alert and always keep on praying for all the saints" (Ephesians 6:18).

Power Of Prayer – How do I tap into it?
The power of prayer is not the result of the person praying. Rather, the power resides in the God who is being prayed to. 1 John 5:14-15 tells us, "This is the confidence we have in approaching God: that if we ask anything according to his will, he hears us. And if we know that he hears us – whatever we ask – we know that we have what we asked of him." No matter the person praying, the passion behind the prayer, or the purpose of the prayer – God answers prayers that are in agreement with His will. His answers are not always yes, but are always in our best interest. When our desires line up with His will, we will come to understand that in time. When we pray passionately and purposefully, according to God’s will, God responds powerfully!
We cannot access powerful prayer by using "magic formulas." Our prayers being answered is not based on the eloquence of our prayers. We don’t have to use certain words or phrases to get God to answer our prayers. In fact, Jesus rebukes those who pray using repetitions, "And when you pray, do not keep on babbling like pagans, for they think they will be heard because of their many words. Do not be like them, for your Father knows what you need before you ask him" (Matthew 6:7-8). Prayer is communicating with God. All you have to do is ask God for His help. Psalm 107:28-30 reminds us, "Then they cried out to the LORD in their trouble, and he brought them out of their distress. He stilled the storm to a whisper; the waves of the sea were hushed. They were glad when it grew calm, and he guided them to their desired haven." There is power in prayer!

Power Of Prayer – For what kind of things should I pray?
God’s help through the power of prayer is available for all kinds of requests and issues. Philippians 4:6-7 tells us, "Do not be anxious about anything, but in everything, by prayer and petition, with thanksgiving, present your requests to God. And the peace of God, which transcends all understanding, will guard your hearts and your minds in Christ Jesus." If you need an example of a prayer, read Matthew 6:9-13. These verses are known as the Lord’s prayer. The Lord’s prayer is not a prayer we are supposed to memorize and simply recite to God. It is only an example of how to pray and the things that should go into a prayer – worship, trust in God, requests, confession, protection, etc. Pray for these kinds of things, but speak to God using your own words.
The Word of God is full of accounts describing the power of prayer in various situations. The power of prayer has overcome enemies (Psalm 6:9-10), conquered death (2 Kings 4:3-36), brought healing (James 5:14-15), and defeated demons (Mark 9:29). God, through prayer, opens eyes, changes hearts, heals wounds, and grants wisdom (James 1:5). The power of prayer should never be underestimated because it draws on the glory and might of the infinitely powerful God of the universe! Daniel 4:35 proclaims, "All the peoples of the earth are regarded as nothing. He does as he pleases with the powers of heaven and the peoples of the earth. No one can hold back his hand or say to him: ‘What have you done?’"

My inner World does revolve around another star. I'm a seeker after wholeness, yet I only find fragments. From them, my worldview occurs.

Thoughts and Reflections of a modern layman

Thoughts and Musings of a Average man

Strengthen the believer. Answer the critic.

Fiction is the ONLY Reality.

Classic Thoughts - Inspiration, Quotes of the Day, Food for Thought
unbolt me

LIFESTYLE, BEAUTY AND EVERYTHING IN BETWEEN