Every morning we wake up to a brand new chance to change our world and the path we are walking through life on. We have another day to start over and change direction along to make amends for our wrongs. We should not only forgive but we should also ask for forgiveness and display our regret for the wrongs we have committed. Once displayed then we should ask for the forgiveness and then move forward knowing we did all we could to make up for the mistake as well as showing  regret for our wrongdoing. We should then forgive ourselves for our shortcomings and begin moving forward in life. Every minute we live is another chance to choose a better path and a chance to change how we interact with the world. During the day there is a constant battle between the heart god blessed us with and the mind the world help program. The love god inspires within us battles the selfish mind for control of our destiny. The good thing is that we do have freewill and can choose to follow one or the other and even both. Of course it is better to choose one for we can only serve one master at a time. 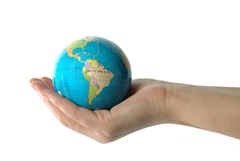 The world we live in is constantly bombarding us with conflicting messages and negative images along with immoral themes through modern media. If we see the negative and immoral enough we will become insensitive to it and eventually such insensitivity and tolerance leads to complete acceptance to such things. The problem is, there is no way we could stop all the negativity or immorality in our modern media, but we can make sure we do not become insensitive to it or accept it in any way. We must remind ourselves that even though it has become commonplace that it still is not acceptable and still is wrong. We must teach our young of right and wrong and how not to allow themselves to be mislead by the social acceptance of immoral and negative things. Just because everyone is doing something or says it isn’t wrong anymore doesn’t make it so. We shouldn’t judge others for accepting the wrong, we should just avoid the same traps they fell for. We should also try to get them to see the truth and help guide them away from such illusions. The one thing we must always remember is they have freewill and have the right to believe and live as they choose. God gave every one of us the choice and the right to freewill and no man has the right to deny another of those gifts and freedoms.

living life with a self-imposed moral code within our thoughts and  actions. To live by what you perceive as right and wrong along with finding compassion for both yourself and others. Principles taught  by philosophers, religions and visionaries through out mankind’s existence. Why does it seem such great ideals seem to be lost or ignored by those who are either in power or that have the greatest capacity to change the world we live in? Why is it such things as honor and compassion seem to be things of occasional use than the daily practice of all human beings? Why does it seem that religion has started more wars than it has saved lives or helped the needy? Most religion teaches us to have compassion and to help out our fellow humans as well as to do what is right and what to avoid as far as the wrong. but yet too many wars have been fought over Holy landmarks and over which is the one true religion. So sad that mankind can take the scripture of any religion and find in it a reason to kill other humans. Anger, greed and intolerance are not what most religions teach yet this is what some of the followers seem to think it is about. All of mankind are brothers and sisters and we all live on the same small planet called earth. I can not see why we can not just get along and work together for a better world instead of fighting over religion, natural resources and for the sake of national pride.

Personally I could care less what religion another human being choses for that is their god given right to do so. Nor do I worry over Holy landmarks or icons for the whole world is a creation of god so therefore all of it is Holy in its creation and existence. I do understand though why others may find significance in holy places and that in itself isn’t a problem. It is when certain holy landmarks are claimed by multiple religions it tends to cause problems. I never could see why that each religion couldn’t just share the holy places. Respect each other and the beliefs that they choose and in turn they should respect you and yours the same. But this is not an ideal world and religious leaders are not perfect in any means so they will always will have their problems till the end of time. Though that isn’t necessarily the only choice they have but it is the only one they seem to want to choose.

The good news is that as individuals we have not only the right but the ability to choose a more peaceful and more tolerant way of coexisting with others in this world. We don’t have to fall to anger,greed, intolerance or prejudice. We can choose to love one another regardless of flaws, faults or our differences. The choice is ours and no one can make the choice for us. No government, religious leader or military force can change the minds of others. They can only force you to hide your true beliefs as well as pretend to believe as they do. For war and conflict they are not the right way to change the world, it is done through compassionate actions and through wisdom being taught. Though change sometimes takes a long time to come it always will but usually through the minds and hearts of the people more so than through the sword.

To be clear there are times the sword may be the only choice but it should always be the last choice in a do or die situation. All other avenues should be exhausted before such a terrible thing as war or conflict should be considered. I myself would never seek out any type of negative action such as war or to kill another human being, I find taking the lives of others into my hands as such is to play as if I am god and that is definitely not an option for me. I am a mere human being and I try to do what I see as good for both myself and all other living creatures on this planet. Having my own faults I don’t always succeed in making the right choices but I put my best effort in trying to avoid hurting others when I make choices. Sometimes it is unavoidable and I usually suffer from a conscience that will not allow me to forget.

Live by the moral code of your choosing and avoid causing suffering of any kind while you walk the path of life. If you must be judgmental try to judge kindly for you are judged by the way you judge others. Learn to forgive both yourself and others for the shortcomings we all seem to bear. Treat others with kindness for it is the right thing to do and it also may be returned to you when you are in need. Be slow to anger and quick to cool down, for anger is the path to destruction. And always remember you don’t have to agree with each other, you just have to respect each others right to believe as they wish.

In this modern world mankind is heading away from faith and belief in a creator and or god. Seems to be two forces at work and in battle for the hearts and minds of mankind.Which side will be the victor, the side of logic and science or the side of miracles and faith? Depends on the individual you ask, Faith is a very strong teacher and healer but so is science. Though many think science and religion are incompatible with each other they compliment each other quite well at times. Religion is pretty much a constant, the basic belief system and the scriptures remain pretty much the same through time. Science on the other hand is ever changing and evolving as we learn more and dismiss scientific theories of the past. So what science sees as truth one day could be dismissed as false on the next.

Science has been doing this for as long as it existed, from the belief the earth was the center of our solar system and universe to the world being flat. This is not to discredit science in any way, one must learn to crawl before one can learn to run. Science must change and adapt as our species increases its knowledge and understanding. Religion on the other hand teaches principles and morals that never go out of date. What is wrong or right never changes, just the public opinion of what is right or wrong does. Thing is mankind has the inclination to lust for and do what is wrong while we desire to do what is right. Sometimes I wonder which is harder for us, To do what is right or to abstain from what is wrong.

Familiarity breeds acceptance and indulgence, To be surrounded by immoral acts and mentality will eventually lead to the declination of the moral fiber in almost any person. The more we are exposed to something the more we become numb and accepting of it. Very few strong willed individuals may be able to resist the effects of being in a pool of immorality. Those will be very few and far in-between. Being social creatures by nature we tend to follow the crowd and strive to indulge ourselves in what the crowd sees as right and or popular. This is also true in the opposite, what the crowd views as wrong or inappropriate one will adopt as their own belief.

Seems humans are very susceptible to the mob mentality and easily get enthralled by any group mentality. I guess this is a leftover from our primal and survival instincts that linger in our subconscious. It is very similar to stampedes in cattle where danger incites fear then a mass fleeing reaction. Fight or flight instinct is the main cuprite behind this kind of behavior in humans and animals alike. The main difference between a human and an animals is that usually a human can override and or ignore their instincts. We have the mental capacity to be an individual and choose to or not to follow the group and or mob.

Freewill is one of the greatest gifts God has bestowed upon man, It is also one of the gifts that can bring the greatest rewards and or penalties. Having freewill is to also have the responsibility for your actions and the effects they have upon others. Follow the golden rule and use common sense to avoid the pitfalls of having freewill. Walk with compassion and understanding towards and for all others to be a person of peace and integrity. Keep faith in your heart so that the trials of life do not wear you down and forgive both yourself and others for the mistakes or misjudgments that happen in life.

May Peace and Love be your guide
Raymond Barbier