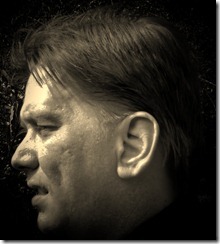 Should we be in Afghanistan or Iraq? Afghanistan I believe was a necessary step in both retaliation for 9/11 and to reduce the abilities of the terrorist. Iraq on the other hand I believe was an Unnecessary war, the removal of the Iraqi government and military might left a vacuum of power in the region giving Iran a stronger position in the region. Regardless of what war was justified or not, it is time to bring our troops home and allow both countries stand on their own. Our military forces in the middle east is unwelcome by most if not all Arab nations, even the ones that say they welcome them. We must learn to have a foreign policy in the middle east that is less threatening.

I understand the position western countries take when it come to human rights and the fear of unstable nations achieving nuclear armament but our interference in the region is not going to stop the enviable only postpone it. So instead of trying to control the nuclear threat we should be concentrating on both the defense against the threat and the reduction of nuclear stockpiles globally. I have never understood the reason why any nation would want to possess such horrifying weapons of mass destruction. The thought anyone would want to kill that many innocent civilians . No religion, Nation or principle should be worth the death of so many.

We should learn to respect the right of each nation to rule their land as they wish, as seen the people in those countries eventually enact the changes necessary in the end. Of course change usually is painful and costly in the end, but the change is a necessary part of any society’s development. And you can not force a change on a society that is not ready, it’s a process that must happen on its own. The United States has a long way to go far as learning the above lessons and in creating a better relationship with middle eastern countries. Our reputation in the middle east is not a positive one and obviously we need to change our policies in order to improve that reputation.

I know I am no military strategist or foreign policy expert but I do know that our foreign policies are not working and usually using military force is not the best idea, because wars cost us in casualties and in money.

Just some thoughts this modern layman had. Right or wrong They are here to share.